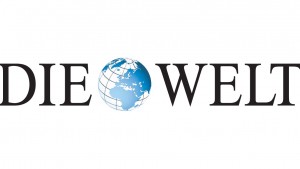 The surreal view, which shakes perspectives in a dreamlike way, stands in stark contrast to the poignancy of the movement: in addition to dance and theater, the young Spanish choreographer Marcos Morau has dealt with photography. The result is a dance theater of pictorial presence, haunting, expressive, mysterious. With his company La Veronal, he has been causing a stir in Europe’s dance scene for the past two years, which is courting him with guest contracts for renowned theaters. The shooting star has just enriched the repertoire of the avant-garde ensemble Carte Blanche from the Norwegian mountains through his latest work “Edvard”. The acclaimed premiere took place there on January 15, co-produced by Festival Tanz Bremen. Now Carte Blanche will open the festival at the Bremer Theater am Goetheplatz with the German premiere of the choreography about the life and work of the Norwegian painter Edvard Munch on February 6th.

After the success festival director Sabine Gehm is lucky to have found a direct hit with the coproduction of “Edvard”. In line with the well-rehearsed biennial cycle, Tanz Bremen would have already been in 2014’s turn. In the short term, however, economic development failed in the past year, and the future is also uncertain according to Gehm. But it would not be the first time that Tanz Bremen can liberate itself from financial difficulties. Despite constant struggles for survival, over the past 15 years it has become one of the most renowned festivals in Northern Germany, one of the few that focuses entirely on dance.

Creative alliances in the city help further, so that from 6 to 13 February in Bremen not only on the numerous stages may be danced extensively. The opening weekend closes with the Bremen Carnival. Gigantic dolls by award-winning English artist couple Charles Beauchamp and Julieta Rubio also celebrate their spectacular monkey dances on the street in the midst of foolish drama.

Participation and participation is the motto. “Identity, tolerance, curiosity – these are the current topics,” says Sabine Gehm, outlining the leitmotifs of the festival. Who belongs to it, who does not, asks the explosive question. “Especially dance has rediscovered and developed community-building forms for itself.” After the drought of an intellectually influenced concept dance art, contemporary dance embraces – albeit critically – even the folk dance today. French-born Austrian Christian Ubl was a medal-winning standard dancer until he discovered contemporary dance. With his company CUBe he celebrates the home culture with swipes at every nationality. Anyone who has recently seen Ubl in David Wampach’s Nutcracker adaptation “Cassette” can imagine that “Shake it Out” will be no less grotesque, witty and provocative. Afterwards Ubl will invite the audience to a “Folksbal”.

The appearance of Israel Galvan promises to culminate, conjuring up an unusual flamenco festival with musicians and singers on the stage of the Goetheplatz Theater. The name of the piece suggests it: In “Fla.co.men”, which celebrates its German premiere at Tanz Bremen, Galvan leaves no stone unturned. He dissects the scores, musically as well as dancely. Before him, choreographers have already tried to breathe contemporary life into flamenco. Galvan, who is considered one of the best flamenco dancers in the world, packs the dance at its roots, freeing him from clichés. Technically masterful, he undermines with desire and mood conventional macho airs. His dance is pure energy when he lets himself be carried away by renowned classical flamenco guitarists like Caracafé and by interpreters of new music. After numerous awards, the Andalusian was awarded in 2011 by the New York critics the prestigious Bessie Award.

Internationality and local solidarity are the reasons for the success of Tanz Bremen. The resident dance theater ensemble Unusual Symptoms of the choreographer Samir Akika acts no less cosmopolitan. Recently in Bremen, Akika showed the thrilling dance collage “Belleville” with guest dancers from Bangalore, Novosibirsk and the Nigerian Lagos. At the invitation of Tanz Bremen, the latter belongs to “Let’s call it a night” for one evening. With the collective danceable-bremen of dance makers with and without disabilities, “community …” is a program anyway. And for the play “Voyage” the company DE LooPERS70 has united children and adolescents from Bremen and Ramallah. In an “art break”, the Bremen Kunsthalle offers a deeper look at the opening production “Edvard” with Edvard Munch’s image “The Child and Death”.