With STIL, Christian Ubl, associate artist at CDC La Briqueterie for the next three years, proposes a sulphurous creation, crossed by Klimt and Schiele. Interview.

Dancing Canal Historique: The title STIL refers to the Jugendstil, and more specifically to Gustav Klimt and Egon Schiele, sources of inspiration for your piece.

Christian Ubl: Indeed, I was inspired by the Viennese Secession and the concerns of these artists, such as the opposition between the private and the public or the limits between art and pornography, which was a very important topic for Schiele. In his paintings, many things are expressed through the eyes of the characters, and the deformation of bodies that is present in Klimt and Schiele who was a pupil of Klimt. But Schiele was working more on loneliness. Similar poses are found in the two that Schiele brings to abstraction. I grew up with the world of these two painters. The body is very present at home, in postures both human and very exaggerated, which join the dance.

DCH: How are Klimt and Schiele in STIL?

Ubl : It was for me to create an artistic object, not to represent paintings. I want to question the current view of the body and the limits imposed on it today. What is today the acceptance of nudity on a theater stage? I have the impression that the spirits are closing and that today we are confronted with the same questions as twenty years ago. We have just given the first performances in Marseille and the public has been sharply divided between pros and cons.
DCH : La Sécession Viennoise fait partie de ces mouvements artistiques contestataires qui sont par la suite muséifiés et intégrés dans le récit officiel de l’histoire de l’art, en les vidant de la rébellion qu’ils portaient.

DCH : With STIL, do you want to relaunch a sulphurous movement in contemporary dance, which no longer disturbs many people, except the National Front?

Ubl : I have myself experienced the difficulty of proposing a work that tackles increasingly restrictive codes. We could not turn our play Shake it out, because of a sequence where the dancers are naked, packed with flags. I wonder if the artist is still free today. There are fewer and fewer choreographers ready to go to places that are perplexing, where it stings a little in the eyes. A work of art is nevertheless made to question taboos and to provoke debates. That said, my goal is not a gratuitous provocation because I want the pieces to be accessible to as wide a public as possible. If artists look at each other, what’s the point? I did not want to go back directly to my experience with Shake it out, but to bring the debate to a more universal level.
DCH: How do you organize STIL around the worlds of Klimt and Schiele? Is it a room in two pictures or do the two cross each other?

Ubl : I took more things at Schiele than at Klimt. Klimt rather for form and Schiele more for the bottom. For example, we play on Klimt’s way of partially hiding his characters. There are rather red paintings that address the control of desires or we highlight the group, because these images would be difficult to carry by soloists. We created underwear in the style of what is worn today in the world of the night, to be in phase with the present time. But we start with an evocation of Klimt and Loïe Fuller, the only choreographer who dialogued with the Jugendstil.

DCH : Indeed, you mention Fuller as if she had been painted by Klimt …

Ubl : That’s it, maybe. I refer to her because I find her very courageous to perform alone in a cabaret in Paris to defend her artistic approach, just as the secessionists defended their approach by creating their own exhibition space, with writers and architects, to reflect on the possibilities of approaching art and everyday life. 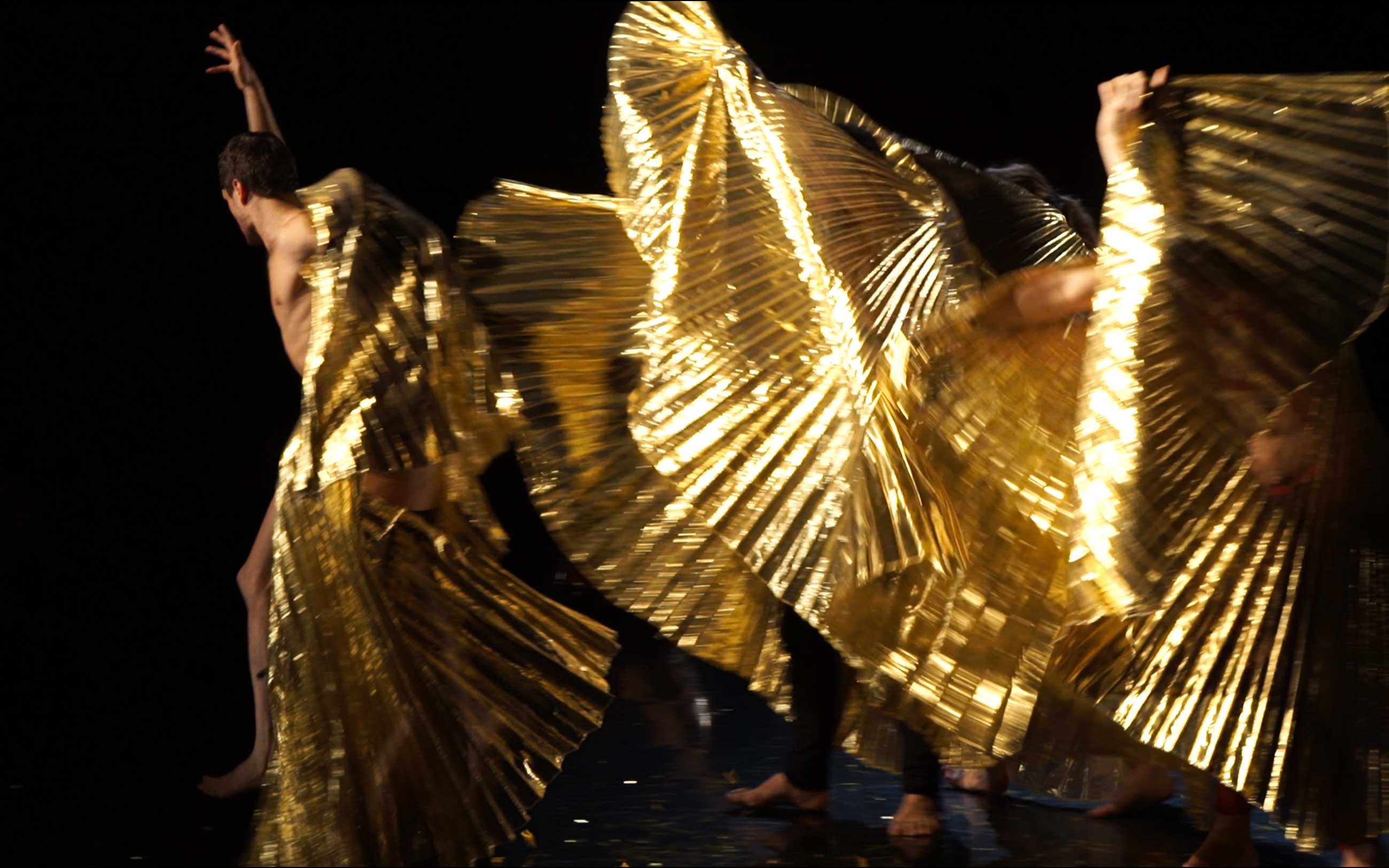