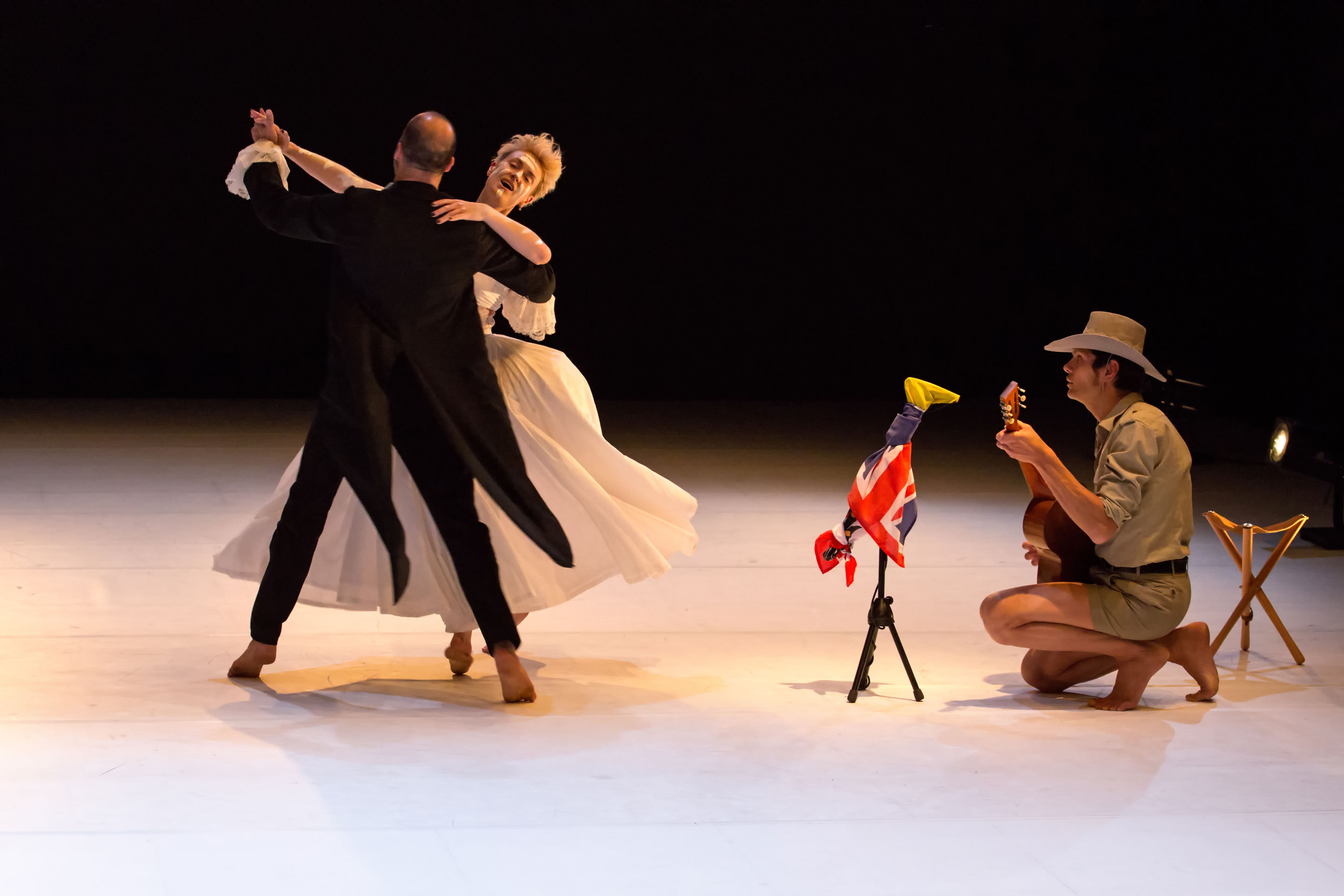 The Australian Kylie Walters and the Austrian Christian Ubl confront their journey in a funny and offbeat show.

She is Australian and settled in Switzerland. He is Austrian and lives in France. Each of them set up his company after a long and brilliant dance career, with Wim Vandekeybus or the DV8 physical theater for her, Michel Kelemenis or Thomas Lebrun for him. Together they created A U. Under this enigmatic title hide the first two letters of their respective countries, as an invitation to invent a new territory, a “Third Landscape”, strong cultural identities of each. Accompanied in their reflection by landscape gardener Gilles Clément and on stage by the excellent musician and composer Seb Martel, they confront their backgrounds, their languages, their legacies as well as their acculturations. An offbeat show that navigates with humor between Viennese Waltz and Aboriginal dance.