For 7 dancers, 1 musician, 1 lyric singer, 1 videographer and a masked audience

Our approach for this new piece: expect the unexpected.

The research conducted leading up to the performance lets us create a physical exchange bordering on sheer madness. The aim is to recreate a series of living tableaux, a poetic fantasy of power for the audience.

The overarching theme of the piece is communal gatherings such as Mardi Gras and all the excess and misbehaviour which tend to accompany them. Like something out of a dream, these occasions are necessary, even beneficial, and can feel almost ritualistic: one goes out into the streets, wearing mask and costume, to be immersed in music, to sing and dance, and march together in parades

Carnival: The Indulgence of Power

Given the anti-establishment charge it carries, carnival has an ambiguous relationship with power. Power and carnival are not in conflict with one another: they are linked. You cannot have one without the other. To exist, order needs disorder, a space for people’s fears and desires to be expressed, an occasion for “madness” to unveil essential (if disturbing) truths.

Using the stage – with its ability to call the serious, ordered world into question – to capture a moment in space and time, “The Fifth Season” will be a choreographic work devised as a living, breathing, constantly evolving tableau. Shifting between order and disorder, it will bring to life a valuable inversion of social roles.

We also hope to include groups of amateur spectators in the writing process, within the framework of several residencies preceding the creation process (to be held on select dates agreed in advance). This group will help us experiment with the video equipment that will be used during performances for the entertainment of the masked audience members, whether they are in normal or VIP seating (we hope to seat VIP audience members on stage, and have them play an interactive role in the performance).

As for audience members, the idea of having them don masks as they enter is designed to plunge them into total anonymity, and so modify their behaviour both before and during the performance. The idea is to create a short-lived community and generate the comic image of a masked audience facing a stripped-back stage; a face-off, in other words, between eccentricity and minimalism. 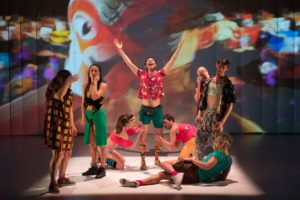 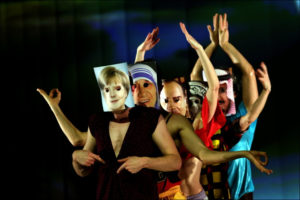 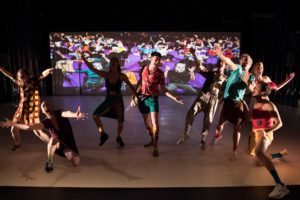 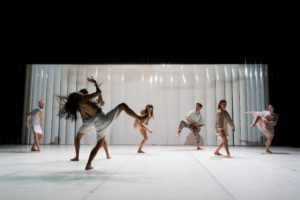 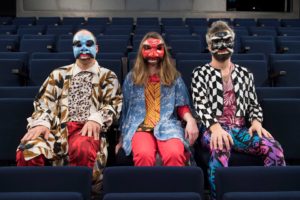 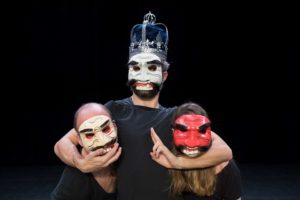