Dijon: a European tribe on stage 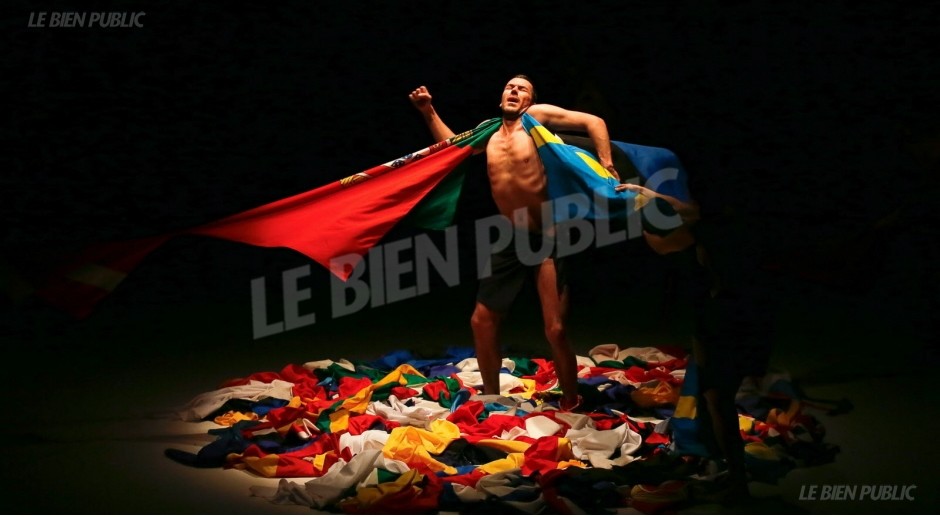 Christian Ubl wonders about our origins and the European construction.

Choreographer of Austrian origin settled in France, Christian Ubl wonders about our origins, and on the European construction in a show with the communicative energy, Shake it out, presented Monday night at the big theater at the end of the festival Art danse. Initially a dancer in skin breeches and suspenders, traditional Austrian outfit, swallows flags … A first idea of Europe is given in this image where we are imbued with the cultures of the other. The following is a succession of rhythm steps and large arm movements. A very geometric dance, close to the military parade, the three dancers and the two dancers parade on the rhythm of the very current music played live by a drummer and a musician to the machines.

Gradually, the group is reforming for a final close to a sports dance that borrows as much from Greek sirtaki as Romanian calusarii in a friendly and contagious force. One thinks then of the chorus of the song of Arno, “Whore, whore it is really good, one is anyway all Europeans”. One can only hope that our politicians will take a closer look at the playful and innovative vision of young artists on Europe.