“Tongues of fire, Groundswell”: once upon a time the Arab revolution by Christian Ubl 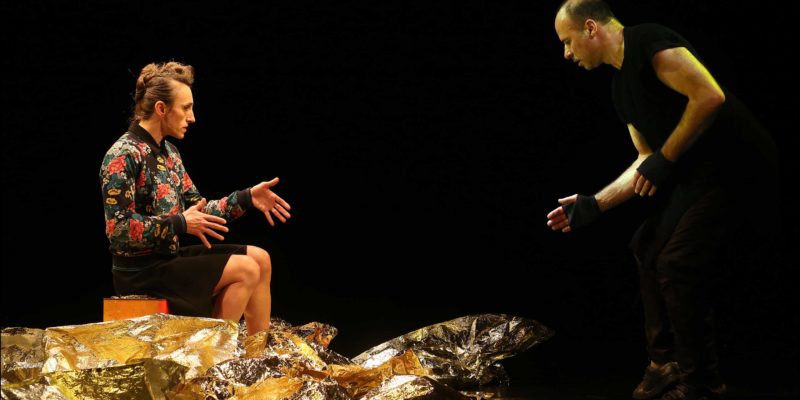 “When I put gas, I thought of Tarek-Mohamed. Did he know what he would trigger? On stage, a woman crushed by the current economic system wants to finish, like the one in Tunisia at the end of 2010, by his gesture, launched what has been retrospectively called the Arab Spring. “From intimate revolt to public protest, the fire of Arab revolutions has spread, but immense hope has given way to chaos; a country with fire and blood, then thousands of men throw themselves into the water “as the author Lucie Depauw wrote in the note of intention of the show Languages ​​of fire, slides that the choreographer Christian Ubl has thought with her and that we can discover Thursday, October 10 and Friday, October 11 at the Meylan Hex.

A set of “two choreographic documentary poems” that embrace the present and its issues with force – at least that’s what came out of the capture that we could discover. And which, above all, offers a new facet of the singular and plastically researched work that the French-Austrian choreographer has been conducting for some ten years on certain French stages (including the Hexagon, which is faithful to him).