As part of the biennial contemporary dance organized by the Briqueterie, the choreographer Christian Ubl was proposing at the Chatillon theater a creation reflecting his reflection on the European identity. Shake It Out sets out to explore the most visible facets of the current myths of Europe, up to the cliché. His dancers, formidable, give themselves to the end in the shackles imposed on them, and question by their energy the cultural images of which we can be prisoners.

The dancers give everything, absolutely all their energy, their talent and their youth on the set. It is both beautiful and painful to see. Beautiful, because this energy moves lines. We see exist as they can individual bodies in the middle of a worrying group unit. Painful, because at bottom, these lines seem to never deviate from their blind goal. The choreographer takes us on slippery ground, even if he is well known: the triumphal marches and totalitarian bodies, heroic images that are like so many imposed mental figures. But the problem with fascism in the theater is that we are never far from the fascination or the didactic demonstration of what evil is. We do not really know where Christian Ubl is coming from, but what is certain is that he does not fall into either an excess or quite the other. The result is very curious and leaves an ambivalent feeling. Perhaps, let’s discover an unknown writing.

For example, in the first part, the unity of the group is constantly crossed by individual choreographies. But these detached bodies never depart from the general aesthetic, so that the quality of the whole is never questioned. They cause a slight tremor of the image, like nausea caused by rolling in the beautiful unity of a maritime landscape.

It is as if the best-known picture of fascism, the bundles surrounding the ax, became alive and the individual bundles that make up the group’s unity became free to express themselves. Free, they are, yes, but by their energy alone, so much so that they advance the blind objective even more surely than if they stood still. For one reads in this choreography and this debauch of energy, an obvious pleasure. And that pleasure can take us into our lives, whether we like it or not, at regular intervals. Who vibrated in unison with the audience in a sports arena will know what I’m talking about. The strength of the group, of the tribe, overthrows everything. Very few are those who can keep an individuality in this mass movement, and besides, in this context, who wants it? 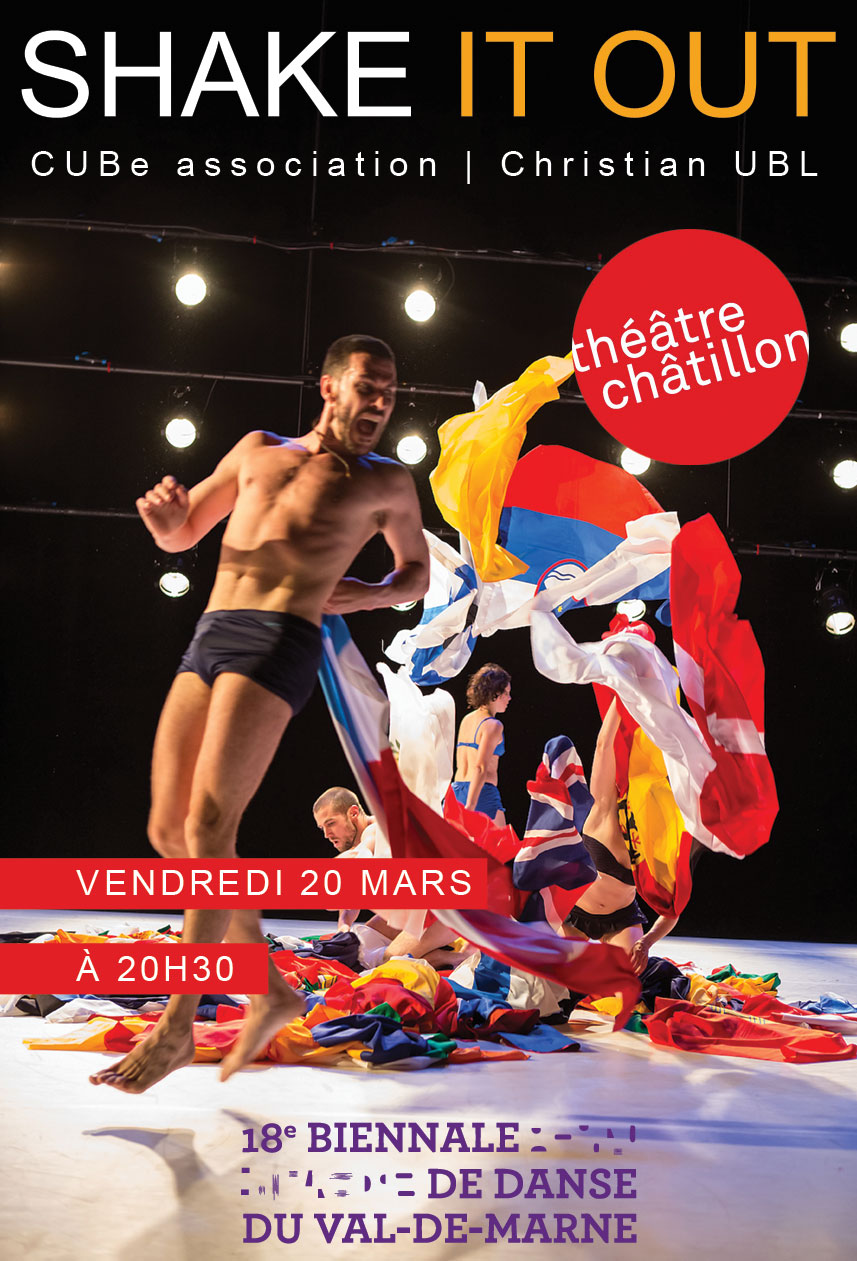 The energy is such that one forgets the machinery and that the illusion is returned to its primary function: fascination.

The choreography develops until its last possibilities this mixture of vibrating freedom in the middle of the physical unit of the bodies. This unit is never questioned, even if it is in question. The difference between these two notions is important and perhaps the main interest of this choreography. Everything contributes to this impression: the musicians play “live” a techno score, the performers dance with the flags in a simulacrum of sports ceremony. The clear flags, the slender bodies and the costumes of these ceremonies constitute, as everyone knows, the standard of bad taste and kitsch, an unsurpassable model. This model, the performers are amused. And if they are forced to have fun in this context, it is clear that they really enjoy themselves. In giving us this ambivalence, perhaps Christian Ubl puts his finger on a really interesting spring of the psychology of a society.

It’s wrong, it’s artificial, but it works because something in us really wants it to work. There is no denunciation, the hymn to joy, even deviant and disturbing, is sung with genuine joy, as if blinded.

Even the magic, which is nowadays very often confined to specialized theater, is resurfacing. The flags are metamorphosed, their faces are blackened, one is transformed into traditional African costume. But this magic passes without one wonders necessarily how it could be done. The energy is such that one forgets the machinery and that the illusion is returned to its primary function: fascination. In doing so, Christian Ubl shows an implacable mechanism of the spectacle, that of removing us, by the force of the image, the desire and the curiosity. Fascism is a total spectacle, which is self-sufficient; it is a real illusion, the image of a God before whom one prostrates oneself.

This choreography is very interesting because it gives the public subtle and sometimes unknown impressions from another culture (Christian Ubl is Austrian). And if we do not manage to seize all its inner springs, its impulses and its images, this culture illuminates in us a grimacing mask. And this grimace, for the moment, is not threatening. She delights us and makes us laugh like a nice cartoon monster. For now yes.