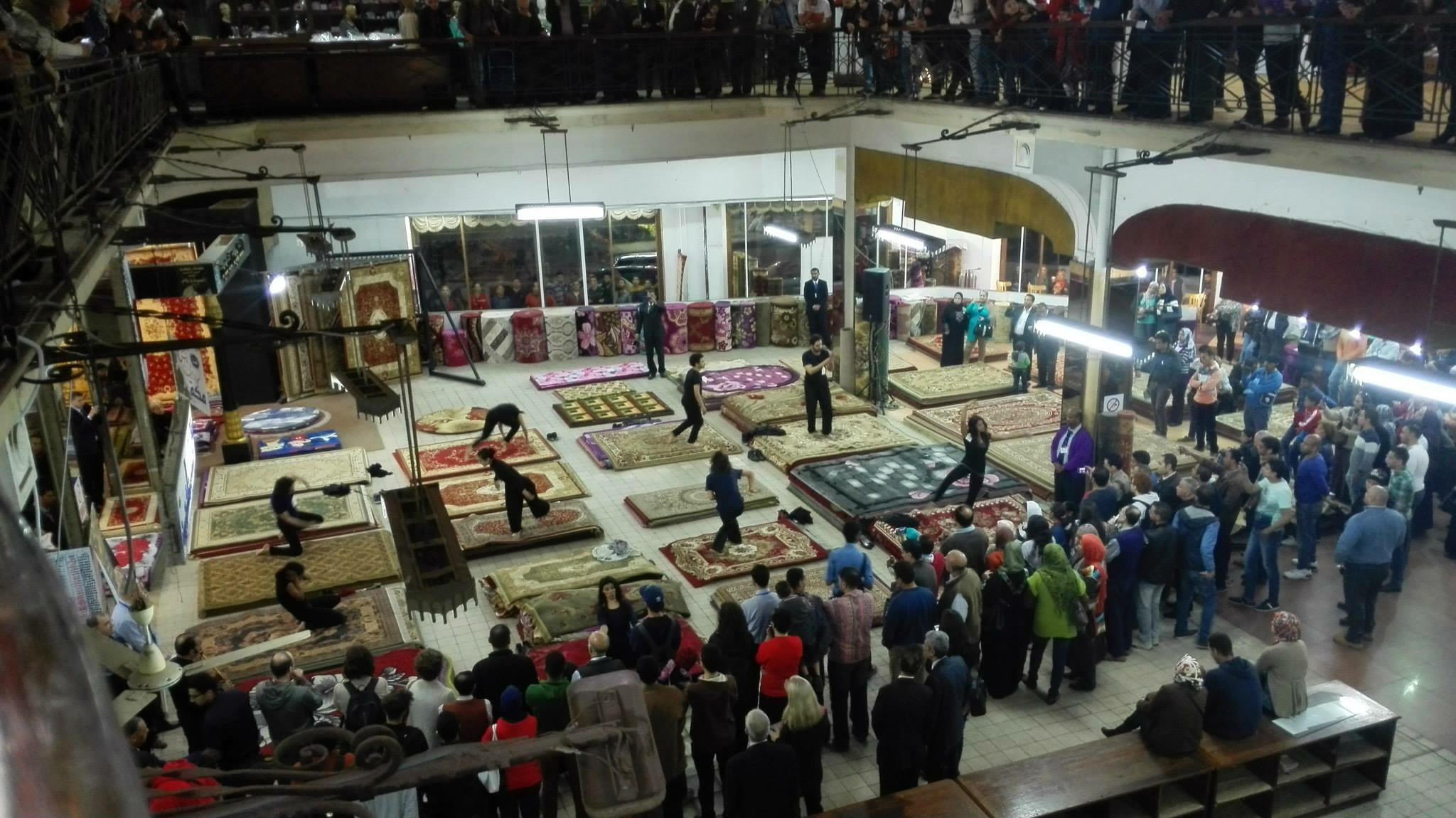 Thursday, in the streets of Alexandria, the festival “Dance Breeze” for contemporary dance in public places, during its fifth session, from April 16 to May 2, in several places in the heart of Alexandria, with the participation of Egyptian and foreign teams.

The opening day began with two French-Egyptian exhibitions, the first being an individual exhibition entitled “One day, how long forever”, held in the hallway of Sajad Damanhour Street Fouad, directed by Karima Mansour , while the second exhibition was titled “How much?” In the premises of Hanu stores, in the Mansheya district, with the participation of Christian Opel and students of the Contemporary Dance Center of Cairo.

Yasmine Hussein, one of the organizers of the festival, said that “Dance Nose” is an innovative festival in the field of multi-type dance design in Alexandria, a writing, research and experimentation laboratory focused on dance, body and movement.

Since 2011, the Naseem Dance Festival invites Egyptian and foreign artists to create and design dances in public places and alternative, innovative and non-traditional venues in Alexandria.

She noted that during previous sessions, the festival had attracted about 3,000 residents of the city and the permanent audience gathered by the festival, through presentations and events organized as part of the festival.

She explained that the “breeze dance” was looking to celebrate the fifth session of this year, to pay tribute to the rich and diverse women’s program, noting that the work is planned for three creators for dance in particular, it is Nazareth Alazah of Algeria, “Anne Leptard” of France and Karim Mansour of Egypt, The dance of Egyptian women is designed by the Egyptian dance designer Mohamed Fouad.