The taste of risk with the Concentrate of dances

Concentrated dances, from Thursday, January 21st to Monday, February 1st, in various places of the agglo New edition for the Concentrate of dances, time strongly impelled by the Pacific to promote in the agglomeration the dance in all its forms. This year, seven venues have come to play. But what will we see on their stage? Attempts to answer. Aurélien Martinez

If, in previous editions, we went well informed to the Concentrate of dances, this year, we go blind. Certainly, some names of choreographers or dancers speak to us more or less, but level shows, on the proposed dozen, we have seen only one upstream, and more video (we will return). No matter we will answer probably the organizers (the various bosses of the rooms concerned, with in spiritual guide the Pacific, center of choreographic development of Grenoble), the goal of these twelve days being to leave to discover the dance of today in all its forms and without apriori.

With, for example, a play that “conjures up the intimacy of a generation”, choreographed by Thomas Lebrun (Three Decades of Affected Love, on AIDS, Thursday 21st at the Pacific), another danced and spoken visibly full of humor on “a choreographer who is committed to making a show and who will not, preferring to flee rather than assume his responsibilities” (In memory of the Indian Aude Lachaise, Monday 25 at the Pacific), a another, which intrigues us strongly, on a dance marathon until there remains only one participant (La Gràànde Finàle, Tuesday 26 at the Blue Hour – photo) or another reach by the young dancer of flamenco Ana Pérez and scheduled on Wednesday 27 by Antonio Placer, the new director of Sainte-Marie-d’en-Bas who wants to open his theater to the world. 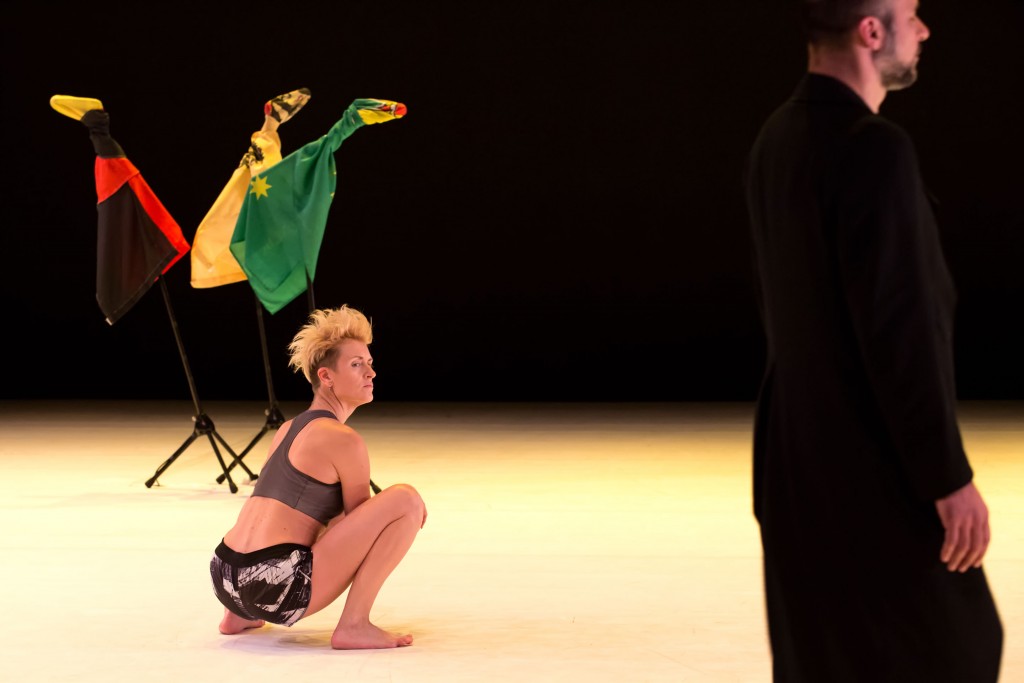 So much for the Prévert inventory. And so, this year, we could see a show upstream, by video. The one of a choreographer we like for his nicely offbeat side: Christian Ubl. With AU </ strong> (Thursday 28th and Friday 29th in France), the Austrian living in France has teamed up with Swiss-based Australian Kylie Walters for a funny choreographic adventure in the broad sense – it speaks a lot on stage, it disguises itself, it plays with microphones …

A U is a country code meaning both Austria and Australia. “Two cultures, two paths of artists, two languages, two worlds … but in the end: a unique piece reflecting actions, situations, postures, body states, bodily and scenic writings – abstract or offbeat – which are in the service of a secret identity. “(Extract from the note of intent). It is therefore confusing, sometimes funny (this waltz in costumes at the end), strange often (the beginning with a replay of traditional Aboriginal dances), imaged at times (the flags, often summoned at Ubl) and especially musically exciting thanks to the presence on the set of the excellent Seb Martel.
A U, it is more than a concentrate of dances: it is to him alone a concentration of live show in just under an hour. Concentrated dance, from Thursday, January 21 to Monday, February 1, in various places of the agglo