With his new creation, STIL, the choreographer Christian Ubl explores the artistic movement born in the late nineteenth century Jugendstil, initiated by the two painters Gustav Klimt and Egon Schiele, fathers of the Viennese secession, transcribing in dance, paintings and lights between brilliant elegance of the one and crudity without makeup of the other. Pure magic of the incipit of the play with a harp (Hélène Breschand) with delicate variations and drapery gold evolutions, birds of the purest “art nouveau” style, surrounded by the subtle lights of Jean-Bastien Nehr. The piece can be considered as a retrospective and a tribute to an entire era: we decipher through micro-sketches, various influences, here, the veils of a Loïe Fuller, then the neo-antique dance copied on the model of the vases by Isadora Duncan, while the harp takes on accents close to the hymn to Apollo, there are paintings by Egon Schiele, The kiss of two women, or movements of ensemble where the mechanics of the bodies, freed from all restraint, evokes trances that despite their violence do not find harmony or appeasement. Questioning the limits of what the gesture can say when no transcendence lives in it, about freedom, the exploration of what representation is, crudeness, its cruelty.
The harpist becomes a fury of the Underworld, supported by his accomplice Fabrice Cattalano, alongside the dancers (Marianne Descamps, Bastien Lefevre, Joakim Lorca, Marion Peuta, Anne-Emmanuelle Deroo and Martin Mauries) who chant like wild poems incantations of Egon Schiele. The final light dance, free from material obstacles, probably sketches an answer. Hide or show is not reduced to wearing a garment or not, and the art of Christian Ubl, in this baroque piece, recalls the importance of the artistic and societal rupture of the early twentieth century, which questioning the codes of representation have allowed a new apprehension of the human, and a new angle of reading of the world. 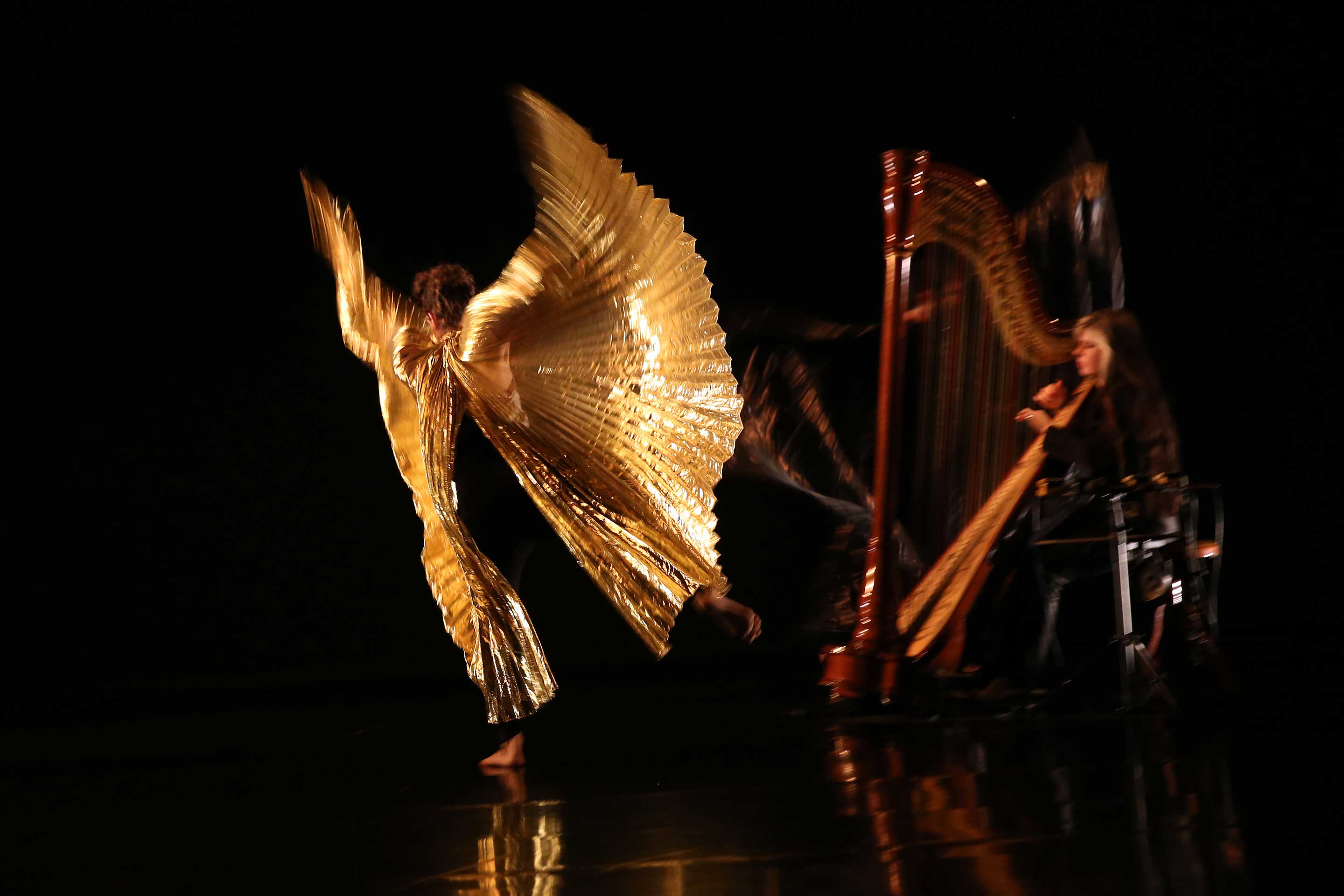