Christian Ubl, between creation and transmission 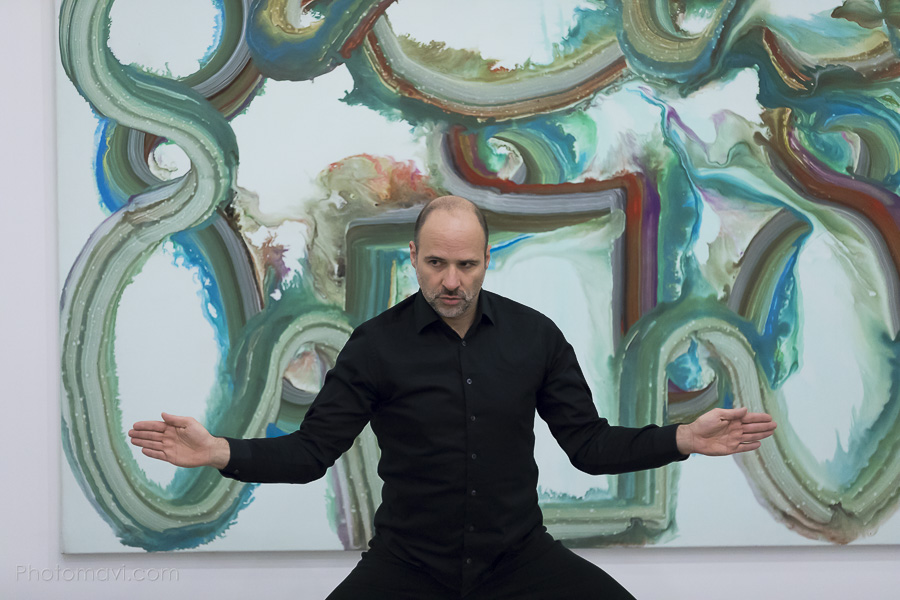 Appointed choreographer associated with the new Pole of Experimentation and Choreographic Creation (Pe2c), Christian Ubl is back in Istres.

Like a mirror effect, a way for him to give hope to young people, the new project
carried by the city enthusiasm Christian Ubl who participated in the 1997-1999
promotion of Coline1 to Istres. “Why not come back as a former resident but with a new status, and
tell young dancers that anything is possible? It’s an exciting project! I am very happy
to have found a house to continue to develop my projects, even if it will be different
de La Briqueterie2 where I am still an associate artist. I wanted to find a new anchor
to my company CUBe based in Marseille and develop collaborations with cultural actors
of the territory “. Le Théâtre de l’Olivier, la Maison de la danse, le Conservatoire
intercommunal de musique et de danse, Scènes & Cinés, les associations Coline et Pulsion at
Istres… And beyond at Klap Maison pour la danse – Marseille where he presented a stage of
The Fifth season as part of Question de danse. Shaken by the news, Christian Ubl
has rediscovered the enthusiasm of creation: “This opus takes root where I come from, with
Latin dances, very rhythmic, mixed. Dances that bring a group together, where it is
question of the individual but also of the crowd which generates communicative energy. Considering that
revolves around the carnival, I moved this model to the set by entering it in the
time of release, of transgression approached freely with a group where the identities
are different and unique. After, around Lent, we switch to a dance more restrained, something of hope and light … “. If he had not expected that the company be part of his project, it nevertheless seems important to him today to integrate elements, similarities to what he is going through: “I’m halfway there, we’ll see what happens
because the period is unpredictable. It takes shape slowly, you have to know how to adapt and stay vigilant ”.

An atypical course
Forty years ago in Vienna, where he was born, it was impossible to approach dance in
institutions. Christian Ubl therefore took crossroads (hotel and hospitality studies
gastronomy, high level sport with figure skating, pair dances) before
to deepen his taste for movement and art in France. To Coline first, then as
performed by choreographers Abou Lagraa, Michel Kelemenis, Daniel Dobbels
in particular, and subsequently taking the artistic direction of his company CUBe. Rigor,
discipline, commitment, technique, Christian Ubl always goes to the end of things. Militant for a
art that does not close itself between different communities and always trying to find
influences that may interest the greatest number. This is how he talks about Gustav
Klimt and Egon Schiele, the Jugendstil as so many influences with which he grew up, and
that he cites Matthew Barney and Annette Messager as protective figures. Because, for him, dancing
must unite and not divide or compartmentalize. Even in his conception of work by the presence at
his sides of artists from the fine arts who allow him to project dance beyond the gesture
pure: “I like when you can create a living scenographic concept, not necessarily
imposing, whether in manipulation or accumulation. Like the flags (in Shake it out, editor’s note)
which become colors, landscapes, a river, a variable geometry and no longer a symbol ”.
Symbol that he does not divert but brings on stage to a more poetic, more human function …

In a state of sadness, deprived of energy, helpless and helpless in the face of what is going on
for more than six months in the world, Christian Ubl first felt the need for reflection and
of meditation rather than investing in digital platforms. “I am not against new technologies
but I think that the performing arts are not digital. He is in the meeting, in the room,
with the public. That’s why I make art, to exchange different feelings. Especially since
social networks become for me networks of hatred and no dialogue and no exchange.
Or at least not in a good way. Of suddenly I ask myself the question: if art is not used to make us
discuss our feelings and life, so what are artists for? “. So he preferred to retire and continue
working in shadow, always with the same rigor and the same commitment, despite the lack of visibility
living art in the confinement period. Then an underlying energy appeared, something visceral, telling him to keep creating.